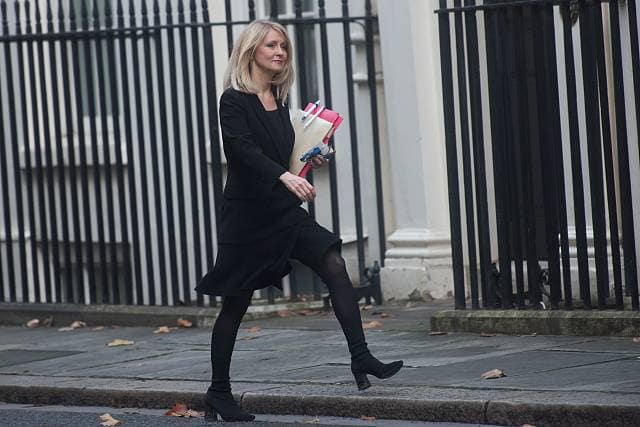 Esther McVey the Conservative leadership candidate has promised that public sector workers will get a pay rise should she become the third British female prime minister.

McVey vowed she will also increase police spending and boost finding for education.

At the meeting of the Eurosceptic Bruges Group in central London she said, “I want to stand for leader of the greatest political party ever, the Conservative Party.

“My clear agenda is to deliver Brexit on the 31st of October and then we must unite the country, and then unite our party too.”

She added, “Britain’s public sector workers need a pay rise and our police, and our schools desperately need cash. That’s what my campaign is about.”

“Our public sector workers have stuck by us and worked hard to help clear up the economic mess that was left by Labour and that we inherited.

“That’s why, under my leadership, the Conservative Party will offer four million public sector workers a pay rise.”

McVey said the Conservatives have “turned the economy round” and now is the time to “thank those people who helped us get the economy back on track.”

She said, “Of course we will help people around the world who need it, but now we need help here too.”

She ended her speech by saying, “Unite the country. Make sure we stand up for democracy too, the biggest ever democratic vote to get us out of the EU so that we can be a strong, sovereign nation who can proudly be on that global stage.”