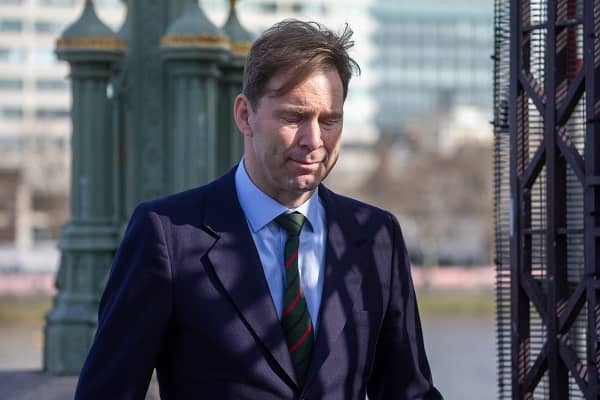 The much respected Tobias Ellwood MP has the Tory Party whip removed because he was with the President of Moldova and was unable to secure return travel back to the UK due to the unprecedented travel disruption.

A spokesperson for the whips office said, “Tobias Ellwood MP has lost the Conservative Party whip following his failure to vote in support of the government in the confidence vote last night.”

However Boris Johnson “dragged his feet for days” when it came to removing the whip from his much loyal colleague “Chris Pincher.”

In a statement, Ellwood, chairman of the influential Defence Select Committee said, “Following my meeting yesterday with the President of Moldova, I was unable to secure return travel due to unprecedented disruption both here and in the UK.

“I am very sorry to lose the whip but will now continue my meetings in Ukraine promoting the prime minister’s efforts here and specifically seeking to secure the reopening of Odesa port – so vital grain exports can recommence.”

The Lib Dems condemned this move and crticised the Prime Minister by saying those who refuse to “prop up Johnson” are gone unless they are loyal to him.

Ellwood has been a long standing critic of the Prime Minister and he is supporting the former Secretary of State for Defence, Penny Mordaunt in the leadership challenge.

Liberal Democrat chief whip Wendy Chamberlain questioned why the Prime Minster removed the whip from Ellwood so quickly, but “dragged his feet for days when it came to suspending the whip from his loyal supporter Chris Pincher.”

Chamberlain added, “This petty act shows there is no room in the Conservatives any more for those who refuse to prop up Johnson.

“The Conservative leadership candidates should condemn this move and make clear they will restore the whip to Tobias Ellwood.

“Anything less would show they are all just as bad as Johnson and will continue his failed record on sleaze, the NHS and cost of living.”