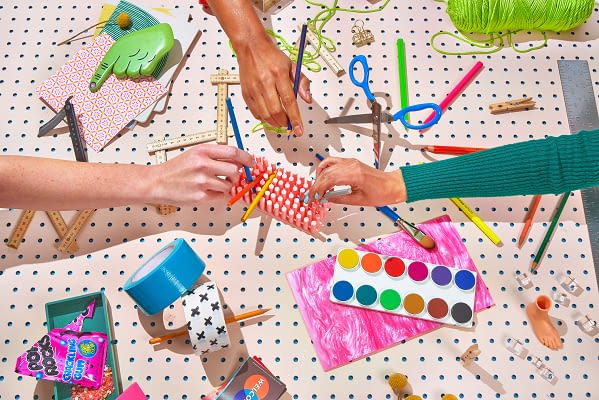 Eduardo Sonoda discusses creativity in marketing: How to move toward innovation

Born and raised in East London, Eduardo Sonoda attended and graduated from The University of East London in 2011. Within a handful of years, Sonoda found his way through the ranks of some of the largest marketing firms in the United Kingdom. After spending six years in the industry, Sonoda decided to branch out on his own, utilizing his experience and customer-focused approach to create the Eduardo Sonoda Advisory.

Now with more than 700 employees under his wing, Sonoda is looking to share some of the tips and insights that helped him turn his ideas into actionable marketing concepts and, eventually, a successful business.

Create alongside your customers

It took Sonoda under six years to bring in some of the biggest companies in the world to his marketing firm. Sonoda carved out these connections because he understood that it was important to create a service alongside his customers and not just for his customers. While the distinction is small, it is notable. Sonoda says, “Involving customers in the planning process, through methods like surveys and customer feedback, is almost like having a cheat sheet to success.”

Creativity is about more than solving problems from your own perspective, it is about incorporating the perspective of those that you seek to assist. Sonoda goes on to say, “It is important to have the mindset of the customer when creating marketing campaigns that are meant for them in the first place.”

Companies like Intuit place professionals alongside self-employed individuals to better understand the pain points of the latter. Through this effort, Intuit was able to develop a customer-priority program by focusing on the issues that most impacted their clients – such as tracking gas mileage for company vehicles. Turning this information into a simplified tax planning tool paid dividends to their clients.

Make advocates out of your audience

We are living in an increasingly connected world that is imbued with instant access to information. No longer is paid advertising the go-to for reaching your targeted audience. Instead, word-of-mouth is relied upon more than ever for PR goals and marketing accomplishments.

Modern marketing turning customers into advocates is a realistic and desirable outcome and it can be accomplished through small, creative, and non-invasive efforts. As an example, the company Equinix introduced an Internal Ambassador Program to its employees to foster more education regarding the company and its core values. Within a couple of months, over 20% of employees had undertaken the workshops and job candidate referral programs were inundated.

Eduardo Sonoda goes on to say, “Making sure that people openly and publicly support your product or service is one of the biggest ways to ensure success in the marketing sector.”

The marketing world has shifted considerably with the advent of the internet. Building a brand and developing a company requires more than just effective management and goal-setting abilities, companies now need to think like entrepreneurs in their start-up phase – at all times.

Sonoda says of thinking as a startup, “Startups are forced to constantly come up with new and innovative ideas in order to differentiate from what’s already out there.”

Being able to make abrupt changes to accommodate new information is a key aspect of most startups. Important in the beginning of a company’s life, Eduardo Sonoda doesn’t see why this flexibility should ever vanish. Sonoda continues, “If they can, then why can’t you?”

Start-ups require the ability to maintain flexibility in the face of an ever-changing marketplace. Creative marketers can take this mindset and apply it to the way their business operates, no matter at what stage. The company Checkr began to adopt the practices of a fresh startup in order to inspire more agile development. As a result, Checker was able to bring on a more agile method of consumer testing and product iteration. In so doing, Checker was able to introduce new products that would yield results, hitting their revenue targets with ease.

Eduardo Sonoda says, “Ensuring that you’re constantly thinking like a startup is a great way to keep your ideas fresh and exciting.”