Home Business News eBay celebrates 25th anniversary next week, but will it be around for another 25-years? 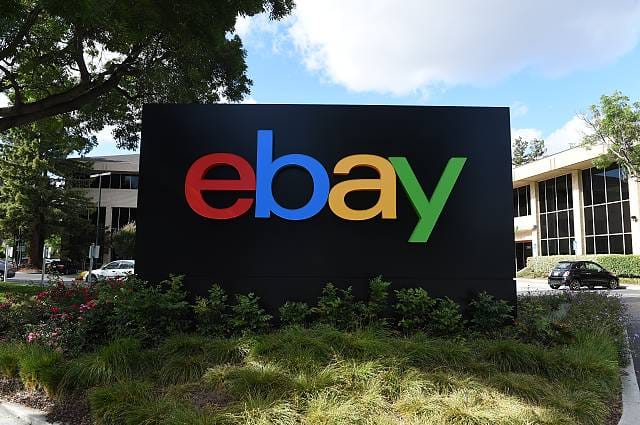 eBay celebrates 25th anniversary next week, but will it be around for another 25-years?

The global e-commerce giant eBay was founded on 3 September, 1995. It’s now a $40bn business with 190 million registered users. eBay has been an amazing success story, says the e-commerce delivery expert ParcelHero, but one that may not survive another 25-years if activist investors, Amazon or the New York Stock Exchange’s owners have their way.

During the US Labor Day holiday weekend of September 1995, computer programmer Pierre Omidyar started one of the world’s first online auction sites, AuctionWeb, from his own living room. He was interested in the potential for web-based commerce though, initially, the site was largely a hobby. Today, the company, renamed eBay in 1997, has a net worth of around $40bn and employs 14,000 people around the world. The e-commerce delivery expert ParcelHero says it’s a remarkable success story but the online auction giant is not guaranteed to be around to celebrate its next 25 years.

Says ParcelHero’s Head of Consumer Research, David Jinks MILT: ‘Many happy returns to eBay for next Thursday, 3 September.  25 years is an eternity in the world of e-commerce. eBay’s success has been well-deserved; it appeared at exactly the right time to ride the dot.com bubble and establish itself as an innovative, tech-led company and the second largest online marketplace outside Asia.

Famously, its first sale was a non-working laser pointer that its founder, Pierre Omidyar, had bought for presentations but which broke after two weeks. Pierre listed it for $1 and received no bids for a week. Suddenly, there was a flurry of interest and it sold for $14.83. An astonished Pierre contacted the winning bidder to ask if he understood that the laser pointer was broken and the buyer explained: “I’m a collector of broken laser pointers!” Ever since, people have been making money and finding bargains on the site.

When increased website traffic meant he had to update from his service provider’s $30 fee to a $250 a month business account, Pierre had to decide whether to stop his hobby or get serious about the future of his site. Fortunately, he chose the second option. Pierre hired the site’s first employee and expanded the business. In September 1997, the service’s name was officially changed to eBay, after Echo Bay Technology Group, Pierre’s consulting firm. The echobay.com domain name was already taken, so he simply shortened it to ebay.com.

In the same year, on the back of the booming Beany Baby phenomenon, the company received $6.7million in funding. In September 1998, it went public. In 2002, eBay merged with PayPal and, by 2008, revenues had risen to $7.7 billion and the company sold Skype for $2.7 billion. eBay has been buying and selling e-commerce firms ever since.

It parted with PayPal in 2015, its online ticket subsidiary StubHub to rival reseller Viagogo for $4bn in 2018 and its entire classifieds business to Norwegian digital marketplace Adevinta, in a deal valued at $9.2 billion, earlier this year. Over time, eBay-inspired terms like “Buy it Now”, “Seller Rating” and “Best Match” have become familiar to shoppers all over the world. Many analysts claim the e-commerce marketplace paved the way for other online consumer retail exchanges, such as Amazon, to take the eBay model and use it as a blueprint for their own retail platforms.

However, there are recent signs that it may have reached its limits for future growth and eBay’s new Chief Executive Officer, Jamie Iannone, looks to have his work cut out. Financial analysts Bloomberg said in July: “eBay is seen as such an also-ran by activist investors that they believe the company is more valuable sold off in pieces.”

Walmart, a latecomer to e-commerce, is expected to supplant eBay as America’s No. 2 online marketplace this year. Social media sites such as Facebook/Instagram are fast-becoming marketplaces in their own right and that could also harm eBay’s future. Inevitably, all this leads to doubts that eBay will survive to celebrate its next quarter century, at least in its current form. This February, the New York Stock Exchange’s owner, Intercontinental Exchange (ICE), held initial takeover talks with eBay. ICE confirmed it had approached eBay to explore options that could “create value for the shareholders of both companies”. Shares in eBay rose nearly 9% after the Wall Street Journal first reported news of the approach but discussions between the two eventually faltered.

Continuing speculation that eBay’s great rival, Amazon, will eventually snap up the site could lead to a more concrete deal. The influential US business magazine Forbes discussed the potential of a merger last December. It pointed out that eBay is primarily a marketplace business, with 80.4 % of its entire 2018 revenues from its marketplace sales.

Forbes argued, “The Marketplace business is complimentary to Amazon’s own third-party seller services business. Amazon’s speedy delivery model could help to also entice eBay loyalist vendors to remain with the e-commerce juggernaut if the merger is completed.”  It said eBay has registered significantly higher margins over the past four financial years compared to Amazon. In 2018, Amazon had a profit margin of 11.9% whereas eBay’s was 28%. Therefore, eBay’s assimilation into Amazon would likely result in an improved bottom line for the combined company.

That’s not to say we definitely won’t be celebrating eBay’s next quarter century in 2045. There are good reasons why an eBay-Amazon merger may never happen. It’s very likely that such a planned merger would be strictly scrutinised by the US Federal Trade Commission’s Bureau of Competition, which would certainly prolong the deal, if not scupper it entirely.

Despite the concerns of its restless investors, eBay is also in robust health. It ended 2019 with $900 million in hand, having generated a $300 million cash flow over the course of the year. It has since gained an extra 8 million new shoppers and tens of thousands of new sellers during the pandemic lockdown.  Its new boss, Iannone, plans to use technology to improve users’ shopping experience and is spending on marketing to attract new younger shoppers. eBay is also streamlining payments so buyers and sellers can meet locally to exchange goods without cash. The company is certainly not resting on its laurels.

‘eBay faces many possible futures and, doubtless, millions of UK users will be hoping the next 25 years prove to be as successful as its first quarter century. Whatever eBay’s future form turns out to be, marketplace sellers can compare the most economical and reliable delivery services to support seller ratings by visiting: https://www.parcelhero.com/en-gb/courier-services/ebay

Is Walmart Marketplace coming to Britain? ParcelHero says Walmart is...