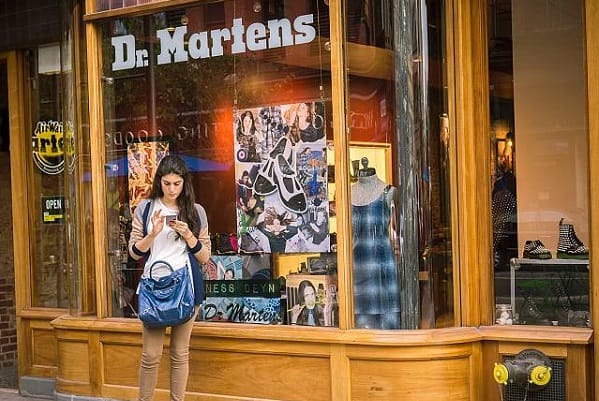 Dr Martens sales soar as they increase their global footprint

Dr Marten sales have soared as the British brand has increased their global footprint, as revenue in the year to 31 March increased by 30% to £454.4m.

Underlying earnings rocketed to 70% by £50m and growth across all channels was recorded, revenue in retail was up by 30% and e-commerce climber to 67%.

“Is there a cultural moment? I think there’s many interesting things happening around the world.

“It’s a brand for independent free thinkers, and if you look at protest and rebellion for a brand that’s about rebellion, there’s a lot going on.”

The business invested in their Northampton facility increasing the amount of production in their shoes.

Wilson added, “full steam ahead” at the factory.

“As a British brand, it’s important that we maintain that.”

The company focussing on expansion into Germany France and locations across Asia and North America.

Wilson said, “I think stores are still important, but we believe that in a fast changing retail environment it’s important to be selective about the places that we pick.”