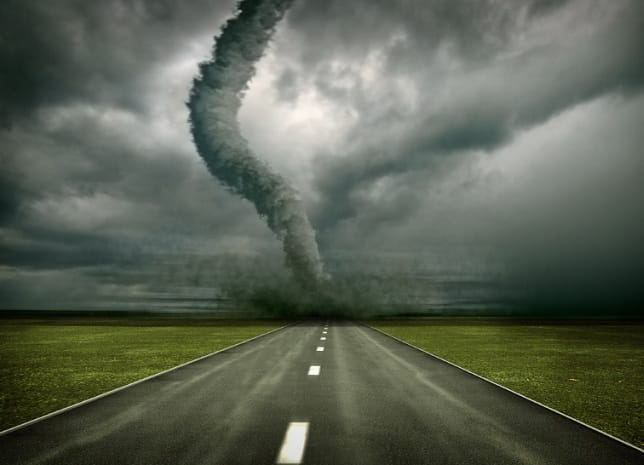 Britain has slumped into a deeper double-dip recession than originally feared, according to revised figures.

The economy’s decline in the final quarter of 2011 was sharper than first thought, the Office for National Statistics (ONS) said.

Gross domestic product (GDP) fell by 0.4% between October and December last year, whereas it was previously thought to have declined by 0.3%. Figures for the first quarter of 2012 have been left unchanged at 0.3% down.

Household spending figures have demonstrated the impact of the weak economy. Expenditure fell by 0.1% compared to 0.1% growth in the previous estimate.

Chancellor George Osborne’s austerity measures will now come under even more scrutiny, as analysts ponder if they have choked off a potential recovery.

The ONS said government spending increased by the fastest rate in nearly seven years between January and March, in a further fillip to those criticising Osborne’s deficit-busting plans.

A fall in spending on financial services and social protection led to the fall in household expenditure in the first quarter.

Spending on food and drink, as well as recreation and culture increased and partially offset the decreases.

Growth in the powerhouse services sector was revised upwards from 0.1% to 0.2% in the first quarter, belying the overall decline in GDP.

British Chambers of Commerce chief economist David Kern believes the figures show businesses will have to plan for an extended period of slow growth.

“There are still unresolved questions about the ONS estimate, but regardless of that it is clear that the UK economy faces major challenges, and growth is inadequate.

“The effect of the austerity plan, combined with ongoing problems in the eurozone, suggests that businesses will have to cope with a prolonged period of weak growth.

“Early indicators for the second quarter of the year show that the ONS may announce another quarter of negative growth, making it the third in a row.

“Given these difficult circumstances, every effort must be made to ensure that business confidence does not suffer unnecessarily.”

Alessio Rastani: Why impossible investments are usually the best