Home Business Insights & Advice Do you have to pay US taxes as a UK resident? 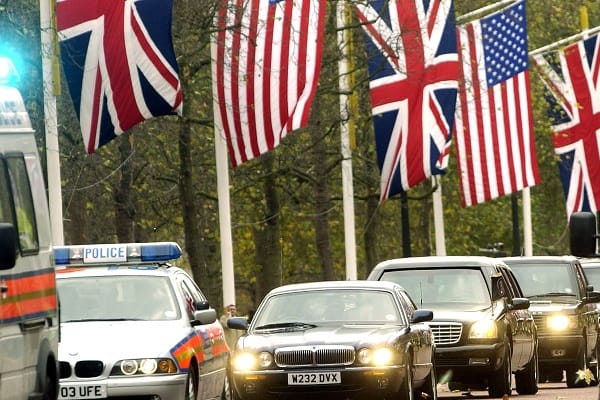 Do you have to pay US taxes as a UK resident?

If you are US citizen residing in the UK currently, one of the first things you should get settles is the taxes. This situation can confuse most people as they don’t know whether to pay the taxes to the country of citizenship or residence.

To make tax matters easy for you as a US citizen residing in the UK, here is a guide covering everything you need to know. Keep reading to understand all the details.

Do you have to pay US taxes as a UK resident?

Being a resident in the UK doesn’t exclude you from paying taxes in the US. According to rules, all citizens of the US, no matter where they live and for how long, have to pay their due taxes to the US government.

You also have to pay taxes on any foreign income you are earning or any international assets that you hold in your ownership. However, paying taxes to your country of citizenship does not mean you have no obligation towards the UK. As a US citizen in the UK, you will have to pay taxes to both the countries.

So, basically the rules for the Americans living in the country are same as those for people living outside of the country. The only relaxation international US citizens get is an extended deadline for filing the taxes. You don’t have to apply for an extension in the deadline as it is automatically given to the US citizens living in a foreign country.

How to file taxes from the UK for the US?

There are certain forms for US expats in the UK that you should know about for filing taxes.

In the UK, there is an SA 100 form which has the same level as the IRS Form 1040 in the US. It is the UK individual income form for taxes. The deadline for filing this in paper form is in October. For an online filing, you have till January.

In the US, there are few different forms for expats. The IRS Form 1040 is for individual income tax return. There is the IRS Form 8938 which is about statement of specified foreign financial assets. Another is the FinCEN Form 114 which is about report of foreign bank and financial accounts.

The US citizens have to pay taxes to the government no matter where they live. So, make sure to check all the details and prepare for double taxation beforehand. If you are overwhelmed, you can consult a tax professional to help you with all your tax issues.

How can you lower your double tax rate?

There are some expert ways to lower your taxes by using some strategies and relaxations in rules given by the governments. There are mainly two options which can be used by US citizens living in the UK to lower their total taxes.

The Foreign Earned Income Exclusion is the biggest way out for Americans living in the UK to pay less taxes. According to FEIE, you don’t have to pay taxes to the US government for the first $112000 (figure recorded for 2022) of income earned in a foreign land.

The condition for this exclusion is that the income should come from foreign sources. This means that you cannot include income coming to you from any assets or sources in the US.

Another strategy is the foreign tax credit under which the taxes applied on your income will be reduced according to the taxes you have to pay to the foreign country’s government. Besides this, you can also get a credit on the income for expenses related to the accommodation situation in the UK under the exclusion on foreign housing regulation.

The taxes in the UK are higher than in the US so it is better to take the option of foreign tax credit as it will help you in fulfilling tax issues.

The treaty between US and UK

The US-UK treaty signed between the two countries gives several perks and benefits in terms of taxes, pensions, and more to the American citizens living in the UK. Under this treaty you will be saved from the overwhelming burden of double taxation. The two countries can exchange tax and other related information about the citizens living in the UK due to this treaty.

One benefit you can avail because of the US-UK treaty is that you can credit the amount paid to a UK pension scheme as a part of your retirement investment, from your tax amount that has to be paid to the US.

The pension you receive in the UK may be subjected to FBAR and FATCA reporting depending on your situation.

What is a domicile in the UK?

A domicile of origin shows the place where you come from. It is the same as your father’s domicile which shows the original residence for you. A domicile is very important for the way you will file taxes as it shows your permanent residence. You can be resident in more than one country but the domicile will show the residence where you spend the most time.

There are some specific factors that go into deciding whether you are a resident of the UK or not. Consult an expert for better understanding of your status.