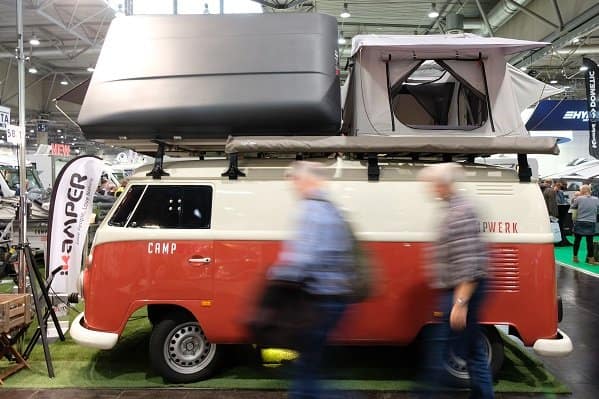 Covid see a huge surge in demand for caravans

Robinsons Caravans, which has been trading caravans in the UK for over 54-years, says the Coronavirus crisis has resulted in a huge increase in demand for caravans.  In the second half of last year, it saw a 32% increase in orders when compared to the same period in 2019.

However, hit by lockdown, it says manufacturers are scrambling to meet this growing demand and this is impacting customer delivery times. It says the usual waiting time for a new caravan has doubled from eight weeks to 16, and it expects this to increase to up to 24 weeks.

Robinsons Caravans has seen a surge in demand for pre-owned caravans to circumvent the delays created by lockdown. To help source more used caravans, it has launched cash4caravans.co.uk, providing a simple, speedy and honest service to value and buy people’s touring caravans.

Research(1) from Robinsons Caravans, which is part of MBH Corporation plc, a UK headquartered listed diversified investment holding company that acquires successful, strong-performing small to medium enterprises across multiple geographies and sectors, reveals that with restrictions on overseas travel and holidays, well over 2.5 million people took a caravan or motorhome holiday in the UK last year, with some 36% saying this was their first time.

Paul Seabridge, CEO, Robinsons Caravans said, “The Coronavirus crisis has resulted in a surge in demand for caravans as people are restricted from travelling overseas and can only holiday in the UK.  Even after we are through the worst of the crisis, many people – especially those aged over 50 – will be nervous about travelling abroad so we expect demand for caravans to remain high.

“Our new website caravans4cash.co.uk is a quick and simple resource for anyone looking to sell their caravan to service a huge, and growing, demand.  We will pick up caravans after buying them and we’re confident of a swift re-sale given current market conditions.

“The UK caravan industry contributes more than £6 billion a year to the economy, and usually around 50 million nights are spent in caravans each year (2).  There are currently over one million leisure caravans in the UK (2), but we expect this to increase dramatically.”

Callum Laing, CEO of MBH Corporation PLC said, “Paul Seabridge and the team at Robinsons have always been hugely pro-active and this initiative is the latest example of that.  We saw the trend for holidaying in caravans strengthen over the summer and cash4caravans is an enormously helpful resource in ensuring that continues.”

MBH Corporation grew to 23 companies in the group in 2020. Profitable small businesses join the group in order to benefit from the advantages of a large PLC. Company owners retain their autonomy and become co-owners of the listed vehicle.  Stock plans incentivise the companies to accelerate their growth trajectory using the resources of the plc including expertise, skill transfer of best- in- class practices, cross-selling to other group companies and where appropriate, zero cost funding for new growth projects.