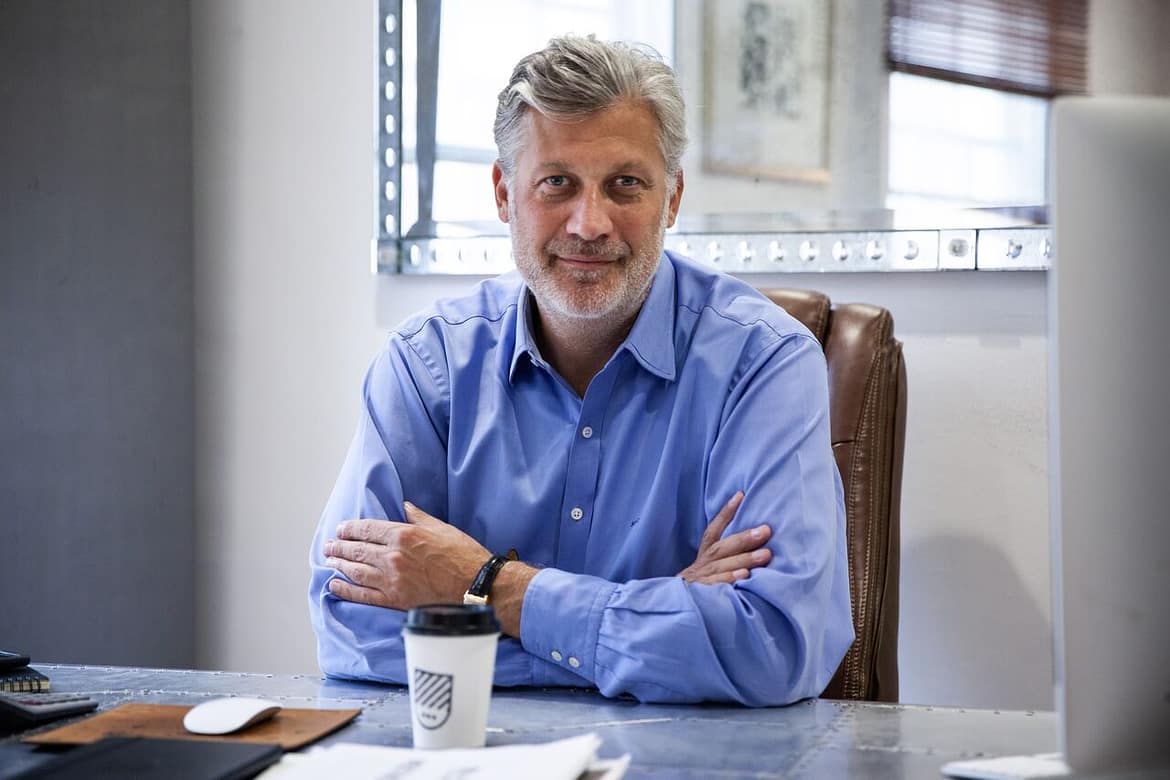 Coffee entrepreneur spills the beans on how to juggle multiple roles

1. A City financier, serial entrepreneur, decorated philanthropist, award winning short-film producer, Professor and now managing a disruptive coffee business. How do you juggle so many achievements?

I have always been a master delegator!  It’s amazing how much you can get done if you have great people. In truth every one of those, frankly humbling, titles involve the work of dozens of people all of whose great work I take credit for.

2. You are currently the Chairman of UK’s fastest growing specialty coffee company. Tell us about it?

2018 was a special year for Department of Coffee & Social Affairs, culminating in being crowned Best Coffee Chain UK & Ireland 2018 at the European Coffee Awards in Milan in November.  We started with one cafe in Leather Lane in East London in 2010 and now we have a family of great brands across the UK and in the US with currently around 70 cafes, a couple of bakeries and three roasteries.  We are passionate about preserving the identity and experience of all our cafes and our flagship, Department of Coffee, is doing some really interesting and innovative things in the sector. I’m especially excited about our carbonated Dept. Cold Brew range – we launch all 6 new flavours this year.

3. You also mentor and lecture students as the first ever Professor of the Practice of Entrepreneurship at Kings College, London.  How does it feel to share your wealth of knowledge with such bright minds?

(Laughs) I think there may be some debate about my wealth of knowledge but I am happy to go with wealth of experience, partly because that represents the good and the bad.  More often than not the most valuable lessons to impart are not the success stories, it’s the horror stories!  Luckily for me none proved professionally fatal but I’ve had my moments. I’ve been at Kings for three years now and over that time I’ve worked with the best part of 45 start-ups at various stages of development in too many sectors to count.  Frankly it’s inspiring and I’m in awe of a few of them really – but I’m not saying which ones …

4. What are your thoughts on Brexit and things working out for UK business?

Understandably it’s impossible to avoid this question at the moment (or for the last two and half years) and the only way I can answer it is to ditch waffly opining – I’ll simply say that as an entrepreneur no matter what the economic climate, no matter how uncertain the future and no matter who’s doing what in politics – we find a way – we crack on – we build.

5. Any London start-up you are watching and why?

Every year I have 20 new start-ups to concentrate on at the Kings20 Accelerator at Kings College London and I’m watching them all – as the Professor of Practice I cannot play a favourite!  But I can say outside my role at Kings and London I have recently invested in YeboFresh! – a fantastic start up in Cape Town, South Africa. It’s an incredibly clever and ambitious tech business identifying and helping consumers in the townships to shop smart, safe and competitively for everyday goods – unashamedly commercial as it is socially impactful – my favourite combination.

6. What advice would you give to start-up entrepreneurs trying to secure funding?

It’s the hardest money to secure for sure.  I would say that the best chance of securing funding is to take advantage of the growing number of accelerators and incubators there are out there – (I’d like to see a lot more).  These organisations offer all of the key ingredients needed to secure start-up and scale-up funding.  There’s a skill in talking to investors and it has to be learned much like anything else. Of course, if you’re able to come to Kings, we will give you all the gritty details needed to maximise your success at fundraising!

7. What’s been the most valuable lesson you’ve learnt in business?

Whenever I give an interview, I always try, at least, to avoid clichés – this question is a cliché trap! You know the kind of thing ‘treat people as you want to be treated, blah blah’ – I think if you’re imparting basic lessons in human decency and shrouding them as business advice there’s something wrong.  I’ll say this, the most valuable lesson I learned (the hard way) – was know your numbers and better than the person you pay to know your numbers – panic management rarely yields the best results and most entrepreneurs are equipped to deal with potential issues before they become potential career killing disasters.  Only by your knowing are you better equipped to see this kind of trouble coming.

8. You recently made headlines with the announcement of a £1m short-film fund with the aim of encouraging ‘entrepreneurial filmmakers, diversity and inclusion in the UK’. How’s that going?

It’s been as rewarding as it has been challenging. We’ve made 41 so far with another 20 in the pipeline. Our films have had 680 festival submissions around the world and they have picked up over 20 awards so far.  In all we estimate around 1,600 people have been involved in these projects.  We’ve laid the groundwork to begin a deeper engagement with the sector which we are excited about for 2019.  Media content is a big part of the UK’s GDP growth.