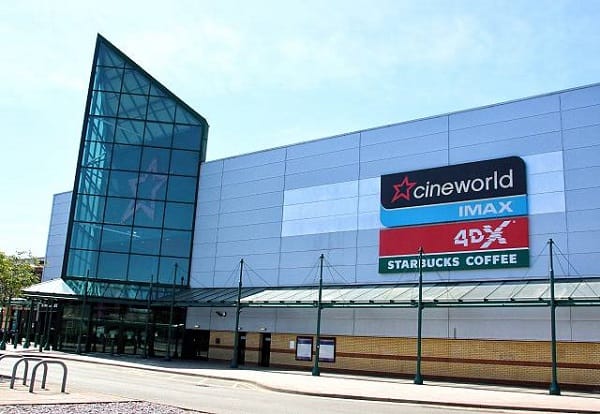 on’t sit so close to me! Brits are falling out of love with the cinema as millions can’t face watching the latest releases alongside strangers, research by WatchTVAbroad.com reveals.

While the high cost of living and growth of streaming platforms have done damage at the box office, the new study shows that one in five adults (18%) dislike sharing their viewing experience with people they don’t know.

The same proportion (18%) also feel that going to the cinema is not the same since Covid-19, suggesting that while social distancing rules no longer apply, for many the atmosphere in auditoriums has changed.

This is reflected in the latest UK cinema attendances, which are due to fall far short of pre-pandemic levels. Annual admissions currently stand at about 100 million and even a strong end to 2022 is likely to see audiences at least 25% down on 20192.

Worryingly for film chiefs it is young adults, traditionally the most likely to go and see a movie early in its release and bring friends, who seem to be leading the move away from the multiplexes.

The study found that viewers under 35 were least likely to enjoy attending the cinema due to strangers (21%), while those aged 18-24 were 50% more likely than the average Brit to have switched from the silver screen to streaming services (21% vs 14%). A quarter of this key Generation Z demographic (26%) also felt their TV set-up at home could replicate the cinema experience.

Meanwhile the industry is struggling to grapple with the rise of streaming platforms, such as Netflix and Apple TV+, producing their own films and buying up blockbusters to screen just a few weeks after they open at the cinema.

The gap between a cinematic release and availability to stream is typically now 45 days, down from around six months pre-Covid. Yet, with streaming services making more movies than ever before, they are increasingly able to call the shots.

While Netflix has usually given its productions a three-week cinematic run, Glass Onion, the sequel to its 2019 hit Knives Out, which came out on 23rd November , will have just a week in UK and US cinemas before appearing on the platform from 23rd December.

Jeff Richey, TV and film analyst at WatchTVAbroad.com, comments: “Rumours of its demise may be overstated but underwhelming box office figures and fewer bums on seats suggest cinema’s best days are behind it.

“When it comes to this big-screen whodunnit, the high cost of living and streaming platforms are prime suspects.

“With the likes of Netflix offering huge back catalogues and cutting the time people have to wait to see new movies, it’s tougher than ever for Brits to justify making a special trip out for a new release. Meanwhile every improvement in home entertainment, whether delivering larger screens, sharper pictures or crisper sound, eats away at cinema’s ‘edge’.

“Yet this research also suggests some of the behavioural changes prompted by the pandemic are having a lingering impact on UK society and our viewing habits. Only time will tell if this shift is what finally starts to bring the curtain down on the cinema industry ”