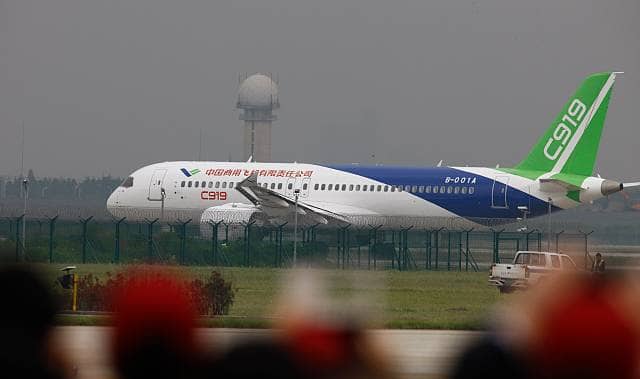 More competition for the airline industry?

The first Chinese-made passenger jet has managed to complete its maiden test flight.

The manufacturers of the C919 are hoping it can rival the Airbus A320 and Boeing 737. The plane took off at Shanghai Pudong airport with an applause from assembled guests.

The flight lasted just over an hour.

The official Xinhua News Agency said China had become “one of the world’s top makers of jumbo aircraft,”

The planes maker is the Commercial Aircraft Corporation of China, Comac, it’s a government-owned firm which was founded in 2008.

Eric Chen, president of Airbus Commercial Aircraft China, said in an emailed statement: “We believe C919 will bring new competition to the market.

“And we welcome competition, which is good for the development of the industry.”