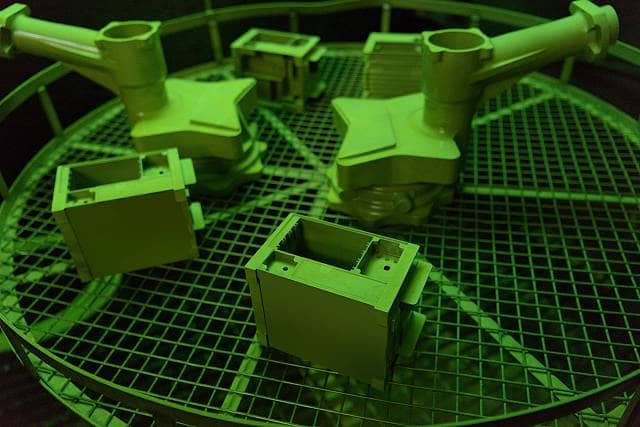 This is what the CBI said

The UK’s manufacturers have reported strong growth in orders both at home and from abroad over the first quarter of 2017, although costs and prices have also continued to rise at an elevated pace, according to the latest quarterly CBI Industrial Trends Survey.

The survey of 397 manufacturers found that domestic orders had improved at the fastest pace since July 2014 in the three months to April. Meanwhile export orders recorded the strongest growth in six years, supported by strong rises in competitiveness, particularly in non-EU markets which improved at a record pace.

The weak pound continued to push up costs, with manufacturers reporting the strongest rises in unit costs in six years.

Output growth firmed to a three-year high and is expected to accelerate over the next quarter. Manufacturers’ anticipate that new orders will grow more moderately over the near-term, largely owing to a predicted slowdown in domestic demand outweighing export orders growth expectations for the latter are at their strongest in over two decades. Companies are also upbeat in their year-ahead expectations for exports, with optimism posting the biggest gain in over four decades, contrasting with their assessment about the overall business situation which was unchanged.

There was a softening in investment plans across the board, particularly those for buildings and plant & machinery, with the latter at its most negative for nearly six years. When queried about potential limits on capital spending over the next year, the proportion of firms citing inadequate net returns climbed to the highest in a decade. Headcount saw decent growth, but hiring intentions for the next three months are muted.

Rain Newton-Smith, CBI Chief Economist, said: “UK manufacturers are enjoying strong growth in demand from customers in the UK and overseas, and continue to ramp up production.”

“Exports have surged and firms are at their most optimistic about selling overseas in over four decades. Even so, the combination of the weak pound and recovering commodity prices means that cost pressures continue to build, and manufacturers report no sign of them abating over the near-term.”

This survey was conducted prior to the announcement of a general election.