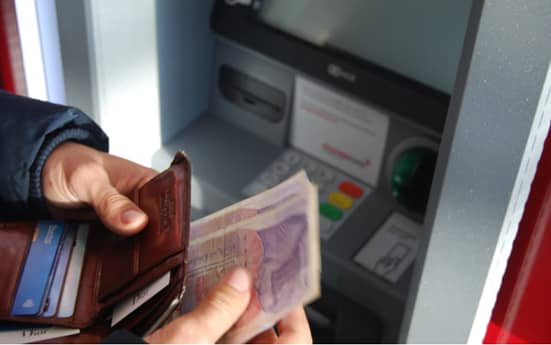 Cash is the second most popular method of payment for UK adults, according to a new survey by Accenture.

The poll of over 3,000 UK adults found that almost two-thirds (63%) are using cash at least five times a month, second only to debit cards, which are used over five times a month by three-quarters (75%) of Brits.

Cash was significantly more popular than some digital wallet apps, such as Apple Pay and Google Pay, which were only used by 17% and 10% respectively at the same frequency.

Brits were also shown to be some of the world’s top ‘tappers’ – over four in five (83%) tap to pay when using their debit cards, significantly higher than the global average of 58%, and markets like the U.S (26%). Only Australia (also 83%) came close to the UK.

Looking to the future, over a third of Brits (36%) agreed that biometrics will be widely used by 2025. 7% said they will be willing to use it as their primary in-person payment method if available by 2025, which translates to an estimated £95 billion of UK payments moving to biometrics by 2025.

The research also found that external macroeconomic factors are shaping consumer’s payment choices as they look to reduce debt interest, with two out of ten credit card users considering switching to other payment methods. Over 60% of these respondents are looking for ways to reduce interest payments through non-interest payment options like debit cards and cash.

The global study by Accenture, Payments Gets Personal, found that up to £366 million of UK payment revenues could be at risk in the next three years for traditional lenders are slow to invest in next-generation payments options, as they risk losing market share to new digital payment providers.

Sulabh Agarwal, Global Payments Lead, Accenture, said: “The UK’s transition to becoming a “cashless society” has been spoken about as an inevitability for years. However, cash remains a crucial method of payment for most UK consumers, who still rely on its accessibility and convenience and ability to budget in the current high inflation macro-economic climate.

“The challenge for lenders is striking the right balance. There is clearly an untapped revenue potential in the shift to next-generation payments options, and Brits have made clear they believe biometrics will be their go-to method of payment in the near-future. However, digital solutions are not right for everyone or every situation, therefore a truly “cashless” society will remain a distant reality.”