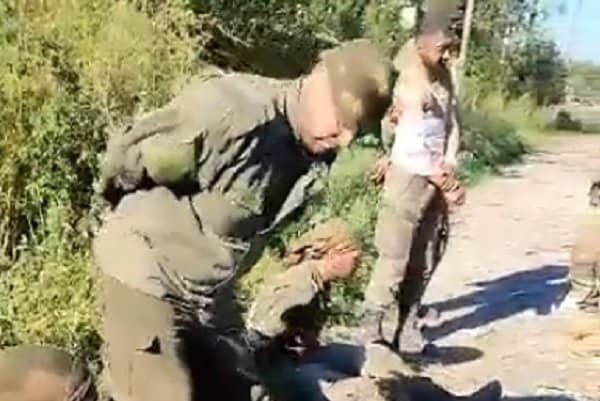 A captured Russian officer has described the how hopeless the situation is and said that soldiers had “run away” and that there is “no one left” from his battalion to fight.

Major Gruzev said the situation that his commanders faced was that their soldiers refused to fight in Ukraine and ran away.

Major Gruzev who was from a military unit in Abkhazia was captured near Kherson and said that “everyone wants to go home.”

He said, “Nobody wants to be here. Everyone wants to go home.

“All the soldiers from the first and second battalion ran away.

“No one’s left. They refused to fight.”

He went on and made a plea to Russians to help bring the war in Ukraine to an end and set up a “petition.”

The Major said, “I ask Russian citizens to help people like me to return home.

“I ask them to petition Putin to bring back Russian soldiers from Ukraine as quickly as possible.”

Putin has sent in Chechen troops to prevent mass desertion within the Russian army ranks, according to intelligence reports and Chechnya’s National Guard had been sent to the Kherson region.