Home Insights & Advice Can apps like Yubo offer safer social media for the next generation? 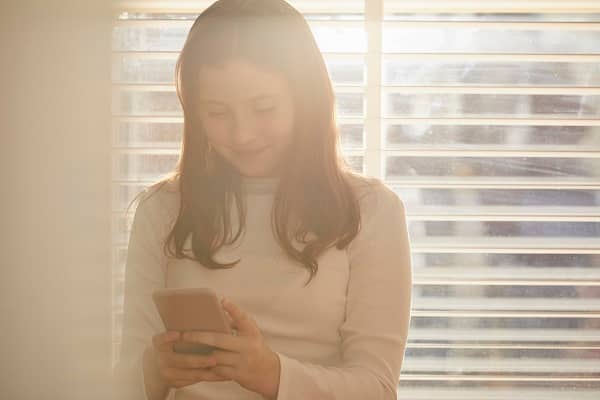 Can apps like Yubo offer safer social media for the next generation?

In attempt to rekindle interest among younger users, Facebook has extended Reels, its fastest-growing content format, to 150 countries worldwide. The success of Reels, a short video feature that emulates the popular format of rival TikTok, has underlined the fact that younger users are increasingly flocking to video streaming platforms populated by their peers.

As the social media landscape shifts and young people’s time on social media rockets following the coronavirus pandemic, it’s becoming vital for social media platforms to put in place innovative solutions to protect young users from the harmful content that is oftentimes present online. Yubo, an increasingly popular social media platform with 4.7 million users in the UK, is trying to rewrite the rules for online safety, making safety the centrepiece of their entire platform. Given this first-mover advantage, a revolution in how vulnerable internet users are kept safe might be afoot.

The lingering effects of lockdowns on young people

With the Omicron wave on its way out throughout much of the world, billions are hoping that the spring of 2022 might yield the end of the acute phase of the pandemic. Just this week, Boris Johnson lifted all remaining coronavirus restrictions and set out his plan for living with the virus. The past years of lockdowns and restrictions, however, continue to have major effects on young people in the UK and around the globe.

Because young people are the least clinically vulnerable age group in the face of Covid-19, their needs have often been side-lined throughout the pandemic. Numerous studies have shown that people between the age of 10 and 24 have heightened social requirements, with peer interaction acting as a critical building block in shaping their personality, confidence and worldview. The effects of lockdowns, which severely disrupted young people’s socialising routines as well as their development, are still being understood.

While some British students who had experienced bullying in school actually saw their wellbeing improve during lockdown, many young people saw a serious decline in their mental health. A recent survey by the Prince’s Trust, founded by Prince Charles in 1976, found that happiness among young people in the UK is at its lowest point in 13 years, with 48% of young people said that they had suffered a mental health problem over the past year and nearly a quarter of UK youth tragically believe that they will never recover from the impact of the pandemic. Amidst this mental health crisis, social media platforms have served as a vital connection for isolated young people, with surveys indicating that young people were far more likely to report that social media made them feel better rather than worse and identifying it as a very important tool for staying in contact with friends and family during the pandemic.

Yubo offers teens an app of their own

As teens have increasingly turned to online socialisation, questions over how to protect young people online have moved to centre-stage. Major social media platforms such as Facebook have come under scrutiny in recent years over their lacklustre moderation practices, standing accused of not doing enough to stamp out frauds, harassers and dozens of other types of harmful content.

Some social media platforms, however, are making concerted efforts to create spaces where teenagers feel as safe online as offline. One such platform is Yubo, a social media app dedicated exclusively to Gen Z users. Yubo was developed by three engineering students from Paris and launched in 2015 with the declared purpose of building a virtual social space that is friendlier and safer for youngsters—without ads, “likes” or “follows”, but instead a focus on livestreaming with people around the world who share similar interests.

The young people obviously saw the appeal, and after growing steadily for years, Yubo’s new users shot up during the Covid-19 pandemic. Indeed, Yubo’s popularity exploded among quarantined teenagers, leading to a 550% increase in engagement in video discussion groups. The app now boasts over 50 million users worldwide.

With such a young userbase, Yubo has given particular consideration to the safety and privacy of its users since its inception, Apart from being the first social platform to equip its livestreams with real-time interventions that encourage behavioural change, the company is also choosing to follow science over hearsay. Consequently, Yubo follows standard methodologies of reducing online harm that are agreed upon by a large, global network of online safety organisations.

For example, in Australia, Yubo joined the eSafety Commissioner’s Tier 1 social media scheme. In the UK, Yubo has endorsed the We Protect voluntary principles. Yubo also joins tech giants like Google, Meta and Twitter as a board member of the Technology Coalition and the platform is also a member of the Internet Watch Foundation. 2018 saw the debut of a partnership between Yubo and Yoti, an AI company that uses artificial intelligence to accurately estimate the age of Yubo users and requires flagged cases to verify their age using ID, to ensure that they are eligible to sign up for the social media platform.

As the internet has become an increasingly important part of young people’s lives, particularly in the wake of the coronavirus pandemic, it has become vital to establish rigorous protocols to prevent young people from being exposed to harmful content online.

With their focus on safety, privacy and intervention, Yubo is trying to radically change the blueprint for social media responsibility. The Internet will always have its dark corners, but safe spaces like Yubo will make it possible for young people to socialise and express themselves without fear of cyberbullying, harassment or indoctrination. Yubo might just be the future of social media and 50 million young people agree.