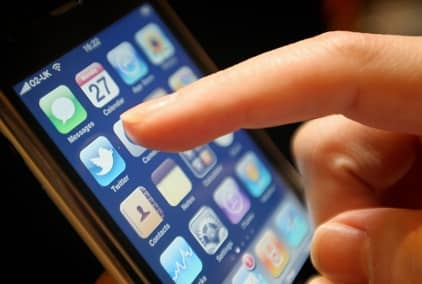 Business phone security, what you need to know

With the vulnerabilities of technology exposed and the growth industry of digital security, you want a phone that is as hacker-proof as possible. Backdoors, phishing, malware, denial of server attacks, and buffer overflows are real threats to the integrity of your phone and business. Even the savviest digital user can be caught out but that authentic phishing email that catches you off guard when you’re tired.

With this in mind, let’s look at the security top smartphone brands use to keep the crooks out of your phone.

Apple deploys various methods of encryption across its devices. This is good practice as a compromised phone can compromise your Mac. Should a device be lost, it is possible to wipe the data remotely.

iPhones use Data Protection encryption which utilises key management hierarchies in the Secure Enclave. To put this in everyday speak, Data Protection manages when data files can be accessed and when they cannot. This is both at the user and app level.

From an app level, Apple uses a Data Vault system which protects data using inverted sandboxes. That is to say, it prevents sensitive data from being accessed by apps by design.

In terms of iphone as business phones, you may want to take a look at https://www.idealo.co.uk/compare/6299100/apple-iphone-xr.html

Due to the open-source nature of Android, they are considered less secure than their Apple equivalent. As such, manufacturers such as Samsung tend to write code to enhance the security features offered by Android.

That said, Android security features are updated all the time and include user-controlled app permissions and safe browsing which warns when you visit a Google determined suspicious site.

The advantage of its open-source approach is that many app developers are making Android more secure through their product development.

Samsung security is managed by Knox. This uses multi-layered security to protect data and to defend from malicious threats. It starts at the supply chain level and encrypts, isolates and protects data in real-time, preventing access to the mission-critical kernel.

Chinese technology manufacturer Huawei has been hit hard by government legislation on both sides of the Atlantic. First, the U.S government placed an embargo on the company from using American products, which, according to Britain, is a trusted source. Now, the supply chain has had to shift to what is considered an untrusted source, Britain has pulled 5G contracts form the Chinese firm.

To compound matters for the company, they can no longer access Google’s suite of services on their Android phones.

Alternatives to Apple, Samsung, and Huawei

Both Apple and Samsung have suffered data breaches. As soon as this happens, it is big news and affects a large number of users.

This is bad news for your business as data breaches can result in heavy fines.

As such, you may want to consider a Blackberry phone. The handsets have been making a comeback over the last year or two and run the Android operating system. They have always had the best security reputation in the smartphone industry, and this is something that the company has taken strides to preserve.

Whichever phone you opt for some of the best security is your own commonsense.