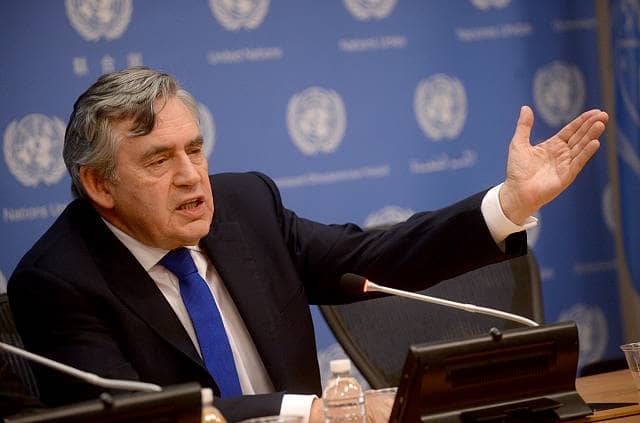 Gordon Brown today gave a speech in Kircaldy, he said there was a “third option” to provide Scotland with vast powers for exchange of remaining in the United Kingdom.  He went on to say that EU powers can be repatriated to Scottish and Welsh parliaments and not Westminster.

This would be better for health, jobs along with public services.

“If we do nothing then there’ll be a huge centralisation of power in Whitehall and it is exactly that that people in every part of the country want to get away from,” said Mr Brown.

“If £4bn of expenditure that is now conducted in Britain by the EU is simply transferred to Whitehall then that is one of the biggest power grabs that you can see.”

This could give Scotland the control of the £800m that’s currently being contributed to the EU after Brexit. He warned Nicola Sturgeon that to break away with Scottish Independence by “leaving the British single market” would risk jobs and trade with Scotland.

Mr Brown also said that he would like to see the Bank of England to also be the bank for Scotland, Wales and Northern Ireland.