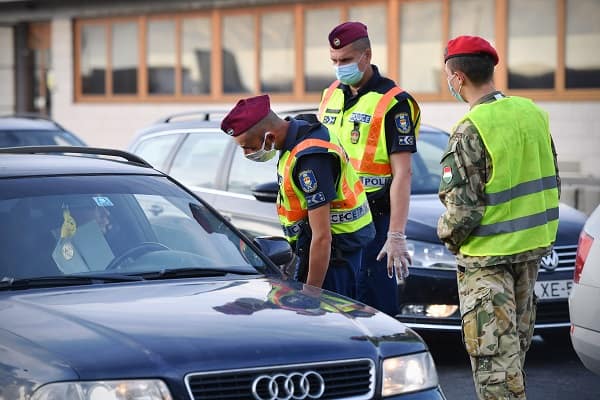 The Home Secretary Priti Patel has been warned that British travellers heading to the EU from May 2022 will face new travel systems which is likely to cause “delays and disruption.”

This comes as those who will be travelling from a non-EU country will have to apply for authorisation to travel as the bloc are to bring in post-Brexit facial recognition scanning along with fingerprint checks.

The House of Lords Justice and Home Affairs Committee have said they are “very concerned” of the impact of this in a letter to the Home Secretary, the MailOnline has reported.

Non-EU travellers will have to apply for authorisation prior to travel which will cost €7 per person as the EU launch the European Travel Information and Authorisation Scheme (ETIAS).

The bloc are also introducing a new Entry/Exit System known as EES which is designed to track all travellers who will enter and leave the EU which entails facial recognition and fingerprint scans.

Patel has been warned by peers at the House of Lords that the UK is “appears to be unprepared” which could have “serious consequences” for Brits heading to the EU.

They wrote in a letter to Patel, “The Justice and Home Affairs Committee is very concerned indeed about the upcoming launch of two new EU border management systems.

“They could have serious consequences in the UK and for the rights and liberties of UK citizens, and the UK appears to be unprepared.

“Although the two systems are due to launch next year, several ethical, legal and logistical challenges remain unaddressed.”

Under the new EES regulations travellers “will be required to undergo border checks that are likely to cause sustained delays and disruption.”

The committee warned the UK needs to “take urgent steps to engage with the (European) Commission, support the operators and develop and consult on plans to raise the public’s awareness of the new arrangements.”

They added in their letter to the Home Secretary, “While we acknowledge that, recently, resources have been focused on the immediate impact of withdrawal from the European Union and on the pandemic, we are profoundly concerned about the lack of attention paid to either ETIAS or the EES.”

UK nationals including non-EU citizens from 62 countries will be forced to abide by the blocs new ETIAS scheme and will have to pay to enter, plus travellers will also be pre-screened for criminal records.

By the end of 2022 the system will be fully implemented which will almost certainly see travellers very facing “sustained delays and disruption” as the EU are driving to bolster their border security.

The European Commission has said that once the system is in place they will be registering “the person’s name, type of the travel document, biometric data (fingerprints and captured facial images) and the date and place of entry and exit.”