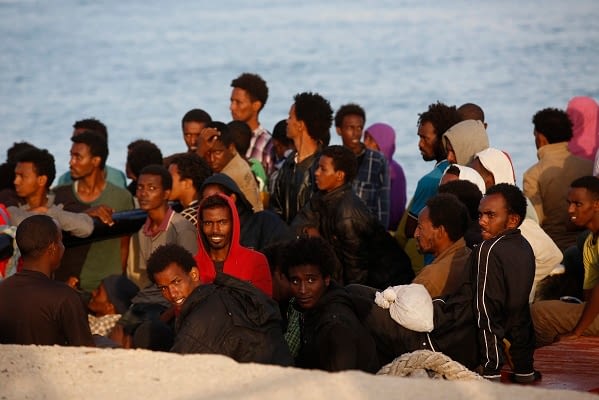 The British Prime Minister has been accused of making a “mockery”of France affecting UK-French relations and Boris Johnson must “take responsibility” for the migrant crisis.

France’s interior minister Gerald Darmanin said Johnson acted in a “peculiar” fashion as he posted a letter on Twitter to President Emmanuel Macron which outlined solutions to the migrant crisis.

The letter was written to President Macron after a dinghy capsized which killed 27 people in the English Channel on Wednesday.

Darmanin accused Johnson of making a “mockery” of France by, according to the Minister, urging Paris to “take back their migrants” who have crossed the English Channel to the UK.

Speaking to BFMTV, Darmanin said, “When there are serious diplomatic exchanges… and lives that are at stake… and some minutes later you see that a letter, which no-one has ever mentioned before, is published on Twitter from the British Prime Minister to the President of the French Republic before the President of the Republic has received it, it’s a bit peculiar.

He added that British-French relations are not “normal” currently and that “our private exchanges are not always in line with our public exchanges.”

On Monday a senior French politician urged the British government to “take responsibility” for the migrants crisis via Twitter.