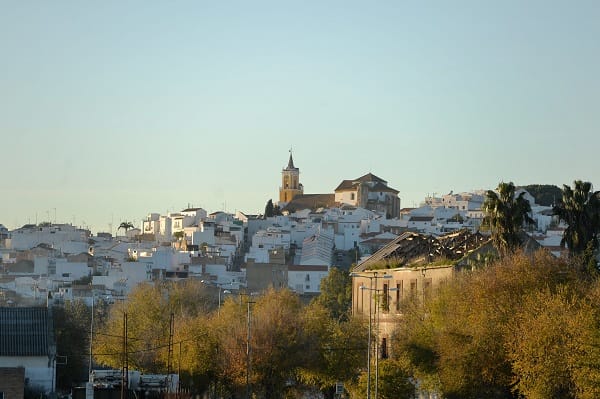 Best destinations for a weekend break

As the year is coming to an end, many of us are finding ourselves in a dilemma where we have no more annual leave left to take until the new year, but still want to go on holiday. Luckily, the travel experts at Wizz Air have put together a list of the most popular destinations that are a three hour (or less!) flight away, that promise a chance to tick another destination off our lists before our annual leave renews in January.

Spain is probably best known for its sandy beaches and warm, all-year-round climate, but Spain offers a lot more than just this. From volcanic islands to vast vineyards and a culinary scene that’s perfect for any foodie, Spain is a country that offers something for everyone.

If returning to work after summer has been tiring and the colder weather has made the shorter days somehow feel even longer (and not in a good way!) then what you need is sunshine, sand and siestas. The port city of Malaga on the Costa del Sol is known to be a relaxer’s paradise, boasting yellow-sand beaches and more hotels and resorts than you can count. Treat yourself to a truly relaxing weekend away and, as flights to Malaga can be found on a budget and are just under three hours long, you can relax knowing this holiday isn’t costing you too much nor is it eating into your precious annual leave.

You have undoubtedly seen photos of Italy on your social media in recent months. Whether it’s via influencers’ accounts or just your colleagues from the office, Italy is an incredibly popular choice for many holidaymakers. Italy’s popularity is unsurprising, especially when you consider how versatile it is as a country. Culture vultures can flock to Rome in just two and a half hours, and spend their 48 hours exploring its historic landmarks, including the Colosseum and Trevi Fountain, or those looking to join the Instagrammers can travel for two hours and forty minutes and find flights to Naples and visit the Amalfi Coast, a 50km stretch of coastline with sheer cliffs against a dramatic shoreline, hosting villas, vineyards and even picturesque lemon groves.

The capital of Portugal, Lisbon is a charming city that’s nestled among seven hills. Known for its vibrant and unique historic centre, bright and colourful buildings and delicious cuisine, it’s no wonder Lisbon has been coined the “coolest city” in Europe. As the sun shines 290 days a year and temperatures rarely drop below 15°C, Lisbon is the perfect destination to escape from the cold, British evenings and get some much-needed vitamin D.

As flights to Portugal take an average of 2 hours and 45 minutes, and the city itself is both well connected in terms of public transport and walkable, you can easily tick off the main sights within 48 hours. Although there’s always something new to discover in Lisbon, the city makes for a perfect short getaway and it will undoubtedly leave you wanting more.

For those looking to truly rest and reset on a quick weekend away, then Dubrovnik is the perfect city for you. Boasting crystal clear waters and rugged pebble beaches, Dubrovnik stays mild all year round and is full of history. Walking around Dubrovnik’s cobbled lanes can transport you back to ancient history and help make the past working week seem insignificant. Or you could relax on one of the many beaches along the Adriatic or go sailing and kayaking along the coastline.

Fights to Croatia are surprisingly short and normally take just 2 hours and 45 minutes, making it perfect for your weekend reset.

Hungary’s capital city is one of two halves. Separated by the Danube River, the historic “Buda” half is set upon hills that offer panoramic views of the city, whereas the “Pest” half is flat with a bustling nightlife scene. As it is coined the “Paris of the East,” Budapest is a romantic and charming city that suits you whether your idea of a holiday is taking in the location’s history or simply dancing the night away.

Whether you spend your weekend rambling up Castle Hill or through its bohemian centre, you can take a well-deserved break in the city’s thermal baths. Naturally fed by 120 hot springs, the city is home to numerous thermal baths that date as far back as the 16th century.