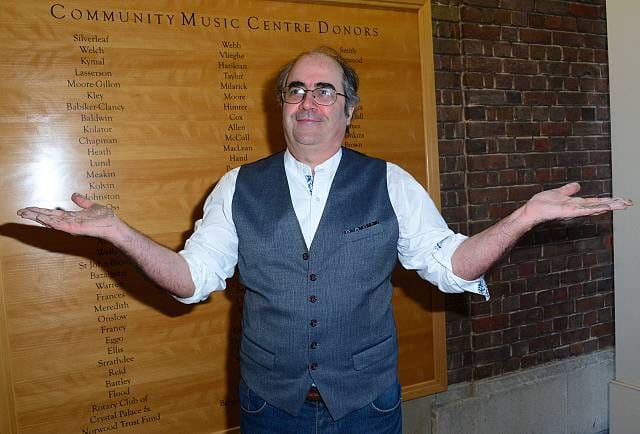 Broadcaster Dany Baker has been fired from the BBC’s Radio 5 Live after he made an “unthinkable gag” about Prince Harry’s and Meghan’s baby, which was branded “vile” and “racist” across social media.

Disgracefully, Baker then took to social media sharing a black and white image of a man and woman holding the hand of a chimpanzee.

Baker’s followers were quick to say, “if a monkey is the first thing you ‘think’ about regarding a mixed race baby, you’ve got issues.”

People called for the sacking of Baker over the racist tweet suggesting there is “far too much tolerance of racism” throughout the UK.

Baker said responding to the backlash, “Sorry my gag pic of the little fella in the posh outfit has whipped some up.

“Never occurred to me because, well, mind not diseased. Soon as those good enough to point out its possible connotations got in touch, down it came. And that’s it. Now stand by for sweary football tweets.”

He added, Sincere apologies for the stupid unthinking gag pic earlier. Was interpreted as about monkeys & race, so rightly deleted. Royal watching not my forte. Also, guessing it was my turn in the barrel.”

A BBC spokesperson said, “This was a serious error of judgment.”

They added that Baker’s tweet “goes against the values we as a station aim to embody.

“Danny’s a brilliant broadcaster but will no longer be presenting a weekly show with us.”