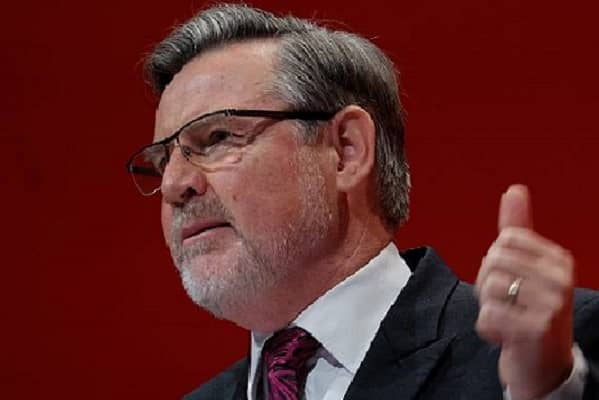 Gardiner posted a video of himself amongst hundreds of protestors in the middle of the crowd, where people were standing shoulder to shoulder, outside Westminster.

Nandy accused Gardiner that his actions were dangerous and that he has sent a “bad” message to the public over the rules and leading by example.

Nandy told Sky News, “I don’t think it was right, I think it was quite dangerous to break the social distancing measures.

“I completely understand what a lot of young people are coming out on to the streets of Britain to protest.

“I am very proud of them, but social distancing matters.

“I want to see those young people making their voices heard, I don’t want to see in hospital struggling to breathe with coronavirus.

“I think it was wrong for an MP out there saying overtly that he was not going to observe social distancing measures.

“These are the measures that have saved lives, that have stopped out NHS from becoming overwhelmed.

“Not just putting yourself at risk, you’re also putting our NHS at risk and other people at risk.

“I hope he’s reflected on that and decided to correct that because we can’t give the impression that social distancing at this stage somehow doesn’t matter as we come out of lockdown.”

Nigel Farage blasted Gardiner, saying on Twitter, “You total hypocrite Barry Gardiner, you attack Cummings 4 times and then ignore social distancing to join a protest that then became a violent mob. Perhaps you should resign.”

This comes after Gardiner wrote on Twitter, “Been social distancing since March. Today I broke it to join the #BlackLivesMattter demo outside Parliament and take a knee with thousands of brave young people calling for Justice.”

Gardiner added, that he “Tested negative this week,” from coronavirus.

Tory Imran Ahman Khan said, “It has come to my notice that certain members of this House, including well-known members such as the member for Brent North (Barry Gardiner), have fragrantly flouted the law and have joined the protests outside, breaking – in fact boasting that they have broken – social distancing measures.

“I feel that we are going to be placed at risk when there has been such advertised and self-publicised breaking of the law and vectors of the disease that we are fighting, and that this Government is fighting, will be, if he returns to this House, a vector of the disease will be allowed access to spread amongst the hard-working staff here.

“Are there measures in order to make such members who have flouted the law and are now possibly more likely to be contagious or indeed infected by the disease to be prevented from rejoining this House until they have undergone a period of self-isolation to ensure that we do not suffer a threat because of their aberrant behaviour?”