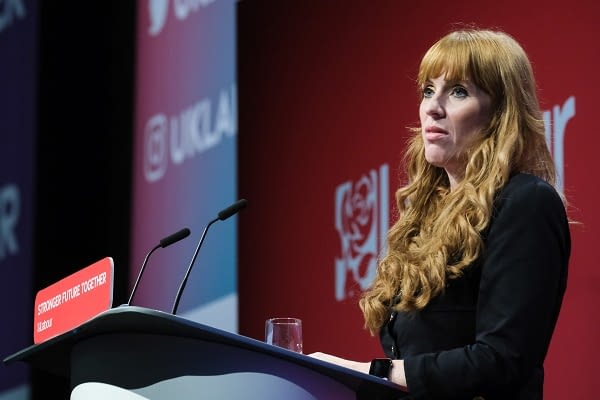 The Deputy Labour Leader Angela Raynor was giving a speech on Monday morning over standards and was proposing a five year ban on lobbying for ex MPs.

Rayner said that if Labour was in power they would implement recommendations to improve standards.

She said, “Never again will a prime minister and his ministers be able to break the rules with impunity because the rules are too weak.

“Power and control over the rules will be taken away from those the rules hold to account.

“It will be a Labour Government that makes our politics a force for good.”

During her speech she was asked over the Labour reshuffle, the Deputy Leader of the party said that she is not aware of any reshuffle and added, “I’ve been concentrating on the job that I’m doing.”

Political commentator Dan Hodges said, “[Sir] Keir Starmer is doing a reshuffle precisely when Angela Rayner is giving a major speech because he doesn’t rate her and wants to sack her.

“Angela’s ‘friends’ are briefing against Keir because she doesn’t rate him and would like his job.

“It’s no more complicated than that.”

It appears that Sir Keir Starmer has blindsided Rayner as she delivered her keynote speech on standards to the public life to the Institute for Government (IfG).

A spokesperson for Rayner later said that she had a short conversation with the Labour leader between her morning media interviews and her IfG event and that she was aware there could be a reshuffle.