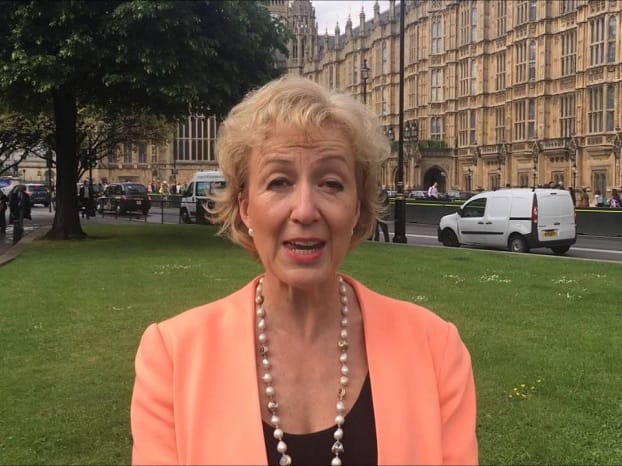 Andrea Leadsom QUITS Tory leadership race, May likely to be Britain's next PM

New twist in the tale

Andrea Leadsom has announced she has quit the leadership race and has endorsed home secretary Theresa May.

She said: “The best interests of our country inspired me to stand for our leadership. I believe in leaving the EU a bright future awaits. The referendum result represented a clear desire for change. A nine-week leadership campaign at such a critical point for our country is highly undesirable.

“The interests of our country are best served from the immediate appointment of a Prime Minister with strong leadership… I wish Theresa May the very best.”

The energy minister pulling out of the race leaves only Theresa May as the candidate to be Britain’s next leader. May could be named Tory leader by the end of the day.

According to various media reports, Leadsom quit the race after the abuse she got after her comments on motherhood in an article in The Times.

She apologised to Theresa May earlier today for her comments.

The energy minister told the Daily Telegraph: “I’ve already said to Theresa how very sorry I am for any hurt I have caused.”

The BBC reports that Leadsom texted May to apologise later while the latter’s aides said the home secretary was “grateful” for the message.

Leadsom’s comments were made in an article in the Times which she said did not fairly represent her views.

She lashing out the paper saying the article “said completely the opposite of what I said and believe” and that the criticism she faced since left her feeling “under attack, under enormous pressure – it has been shattering”.

“I was pressed to say how my children had formed my views. I didn’t want it to be used as an issue,” she said.