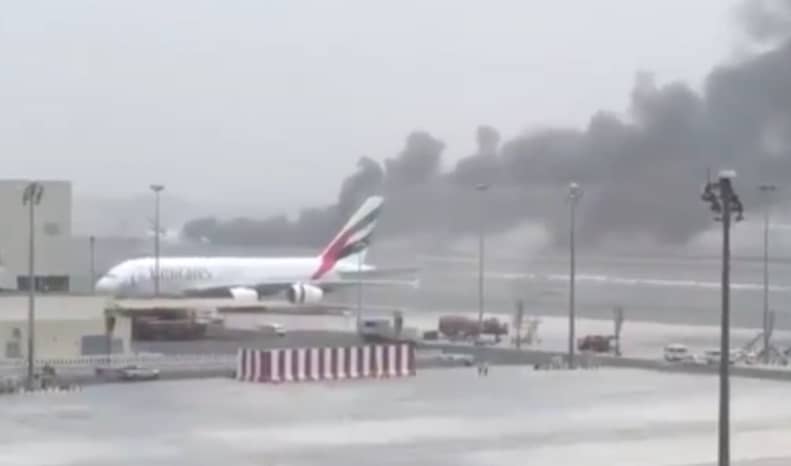 An Emirates airline flight from India has crash-landed at Dubai International Airport, officials have said.

The Boeing 777 was flying from Trivandrum, India to Dubai.

Twitter users have posted photos of the incident which shows black smoke surrounding the plane.

Thankfully, no injuries or casualties have been reported.

“Our main priority now is the safety and well-being of all involved,” Emirates said on Twitter.

The accident has led to all departures from the airport being delayed.