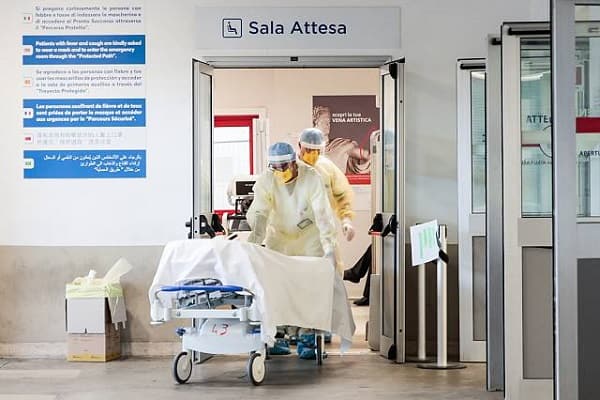 While government response initiatives seem to be characterised by frantic and seemingly knee-jerk lockdowns, assistance is also coming from the capital markets and Foreign Direct Investment (FDI). Indeed, well-funded, long-term investments that offer social and community benefits are starting to prove crucial to controlling the pandemic’s spread.

As Covid-19 persists across the globe, governments are attempting to ease restrictions on their populations in a bid to save the economy. However, many countries are still seeing spikes in infections, leaving governments with no choice but to reinforce restrictions to stop the deadly virus from spreading. Besides social distancing – which some authorities are recommending and others are enforcing – dozens of countries have closed their borders, severely curbed travel and work hours, imposed curfews, and sealed off cities and towns.

These containment measures have paralyzed entire sectors of the world’s economy and jolted markets. A growing number of economists are now warning of a global recession – or even a depression.

Central banks including the US Federal Reserve, the European Central Bank and the Bank of Japan have moved aggressively to counter the economic fallout of the pandemic, announcing sweeping interest rate cuts to make borrowing cheaper, encourage spending, and stabilize confidence. Governments have unveiled plans to inject massive amounts of money into their economies to fight the unprecedented challenges of the outbreak.

Although these measures will help cushion the blow, the world is most likely just at the very beginning of the economic suffering that the pandemic will unleash.

A bit of help is now coming from another quarter: countries that have escaped the worst of the virus, such as Singapore and the United Arab Emirates, are giving a hand to those that have been severely hit. In a curious twist, some of the biggest and most powerful nations in the world are getting help from some of the smallest – showing the importance of a global coronavirus response.

In the early days of the outbreak, countries like the United States, France and Austria sent emergency medical supplies to the virus’ epicenter in Wuhan, China. The State Department proudly announced on Feb. 7 that it had “facilitated the transportation of nearly 17.8 tons of donated medical supplies to the Chinese people, including masks, gowns, gauze, respirators and other vital materials.”

Those are the very items the US desperately needs today as it struggles to combat the virus, which has infected over two million people across the country – more than anywhere else in the world.

Now, the State Department is instructing its top diplomats to press governments and businesses in Eastern Europe and Eurasia to ramp up exports and production of life-saving medical equipment and protective gear. At the end of March, a commercial airplane from Shanghai carrying 80 tons of gloves, masks, gowns and thermometers landed in New York – the first of 22 scheduled flights to funnel medical supplies to the US. The country is also working with manufacturers of personal protective equipment from Thailand, Malaysia, Vietnam, Taiwan, India, Honduras and Mexico.

It represents a stark turnaround for the United States, which has traditionally taken the lead in trying to help other less-developed economies cope with major humanitarian disasters and epidemics.

China had ramped up production of masks, respirators, ventilators and protective suits to meet the needs of its healthcare workers and patients, and is now sending these supplies to other countries as its own demand has dropped. But many Europeans are concerned about Beijing’s “politics of generosity” aimed at expanding its influence in the EU, and several governments have rejected Chinese-made equipment that they say is below standard or defective.

This represents an opportunity for smaller economies that don’t have the vast political ambitions of China to help hard-hit countries fight the virus. Many have already done so, giving money and supplies and allowing their facilities to be used for temporary charitable operations.

Both Hong Kong and Singapore, which initially kept their virus numbers low despite their close ties to Beijing, have donated medical supplies and cash to badly hit nations – including China.

So has the United Arab Emirates, even as it grapples with its own mounting tally of Covid-19 cases. The UAE has given tons of medical supplies to countries including the Seychelles, Greece, Croatia and even Iran, which has had frosty relations with most of its Gulf neighbors.

The Emirates is also supporting Britain’s fight against the virus, helping to make up for the serious shortfall in medical supplies, hospital beds and training venues for medical staff.

The UAE, through the Abu Dhabi government, owns ExCel London and is helping facilitate a 4000-bed emergency field hospital there to house patients that the NHS and private systems are unable to handle alone. It has waived millions of pounds of monthly fees so the NHS can sustainably maintain operations. After a few weeks of being open, ExCel London has alleviated the strain on ICU across the city and has successfully discharged its first batch of patients.

The Abu Dhabi-owned Manchester City Football Club has also pitched in: it’s making Etihad stadium available to the NHS to train 55,000 nurses and doctors during the pandemic. The club has also teamed up with Manchester United to donate 100,000 pounds (US$124,000) to help support food banks around the city.

This is assistance at the grassroots level. It shows that the UAE has a deep-rooted commitment to the communities in which it has invested. The ExCel Centre and Etihad stadium are able to remain open and operational even in times of crisis because the funding behind them is both substantial and stable. That means there is a constant flow of cash to support non-income-generating medical work and vital life-saving measures in times like these.

Interestingly, amid ever-increasing government directives aimed at curbing the virus’ spread, some of the most effective measures stem from the commercial sector. These are not short-term, profit-driven ventures, but rather well-planned, holistic, long-term investments that are benefiting local communities.