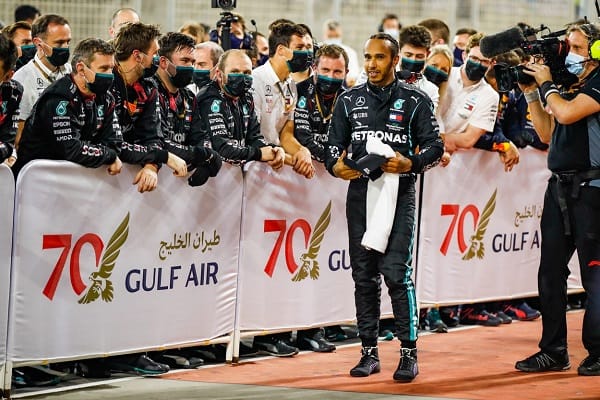 The Formula 1 2020 Season was thrown into turmoil as the start of the season also coincided with the start of the spread of COVID-19 worldwide. As a result, The 2020 race calendar was pushed back for several months with a makeshift lineup of circuits in light of the many travel restrictions around the world.  This affected many aspects around the sport including a decrease in tv viewership. According to data presented by Safe Betting Sites,  the 2020 Italian Grand Prix recorded a 51% decrease in tv viewership in Italy compared to 2019.

Traditionally the modern era F1 season begins around March of every year and since 1996, Melbourne, Australia’s Albert Park Circuit has been the debut race of the season, with the exception of the 2006 and 2010 seasons. 2020 was set to be no different, with teams arriving down under to participate in the race weekend despite the emerging threat of the pandemic.

However, with the race just three days away the Mclaren team announced that they had registered a positive COVID-19 test among one of its crew and thus had to pull out of the race. The following morning the announcement was made that the race had all-together been cancelled. This was merely the first cancellation among a slew of cancellations that swiftly followed effectively suspending the 2020 F1 season.

After months of uncertainty, the first 8 races of the rescheduled calendar were confirmed in June, the minimum numbered of races required for a season to be considered official.

The rescheduled season began on July 5th with the Austrian Grand Prix. The FIA also expressed its intention to add more races to the calendar as the season went on,  with the initial aim of having at least 15 races for the year. The makeshift calendar made use of tracks that were not part of the original calendar as well as different configurations of existing tracks.

The 2020 Italian Grand Prix recorded a 54% drop in viewers in Italy compared to viewership numbers in 2019. The main reason for the significant drop is the poor performance of Scuderia Ferrari with both drivers retiring in their constructor’s home Grand Prix. However, COVID-19’s impact might also explain why the drop-off was as dramatic as it was.

Similar trends can be seen in other sports, with the NBA recording the lowest-rated NBA finals in decades. Some experts believe this is an indirect result of the pandemic as viewers turned to the news more or stopped watching tv at ll. This is especially true in countries where the pandemic was still raging on. Others also cite the much-diminished atmosphere of many sporting events, with events only allowed to take place without spectators.

Italy was one of the first and worst hit European nations early on in the pandemic. The country, however, did a remarkable job bouncing back despite the heartache that CoVID -19 brought. Indeed, now being able to host football events, albeit without spectators, or other sporting events such as the F1 Italian Grand Prix, is a testament to the resilience of the country.

Despite this, the more medium-term effects of the pandemic are still ever-present as highlighted by the dramatic drop in viewership of the Italian Grand Prix.