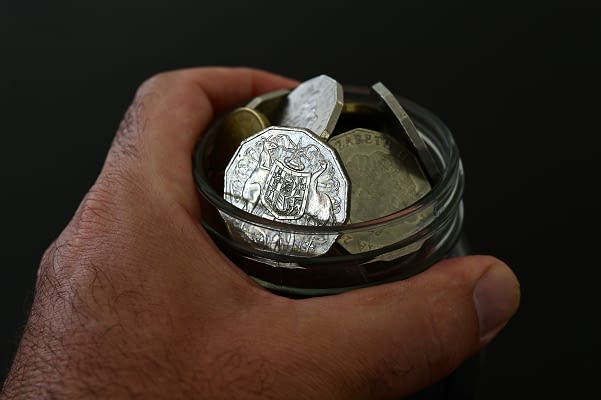 Charities are often seen as slow adopters of new technologies, but that trend seems to be changing quite rapidly. All across the globe, charity organisations have quickly realised the importance of ‘digital charity’ – forms of funding perfectly suited to our modern way of life.

Whether it’s contactless payments, hosting online fundraisers, or other tech-assisted endeavours, there are already multiple real-world examples of digital charity. However, in terms of tech adoption rates, the majority of fundraising charities are still far behind most other sectors.

Despite the clear benefits of digital solutions, slow adoption rates have led many financial analysts to believe that a significant part of the problem lies in a lack of access to knowledge resources. With this in mind, we’ve compiled four technologies that clearly demonstrate some of the advantages of digital charity.

Charity apps make giving a lot more accessible than it used to be. Take Blood Donor, for example; an app created by the American Red Cross that can track appointment schedules, local blood drives, and nearby donation centres. The app is connected to a national leader board, going as far as notifying users when there are specific blood-type shortages in their area

Apart from providing informative communication, charity apps can also be innovative additions to any given fundraising strategy. For instance, in the case of the Blood Donor app, the inclusion of a leader board adds an element of healthy competition to blood donation, giving users an extra incentive to maintain their dedication to social responsibility.

According to a report issued by the UK government, charities that use contactless payments (also known as digital fundraising) have seen up to a 600% increase in the number of donations received. Evidently, compared to traditional payment options, contactless payments are much more convenient for both charities and donors alike.

Combined with a strong outreach concept, payment technologies offer convenient solutions to common troubles of the past. In 2017, for example, Cancer Research UK unveiled ten ‘smart benches’ that were installed in public areas within central London. The solar-powered benches provided free Wi-Fi access for the public, charging ports for mobile devices, and the option to donate £2 in support of cancer research via contactless, online payment systems.

Big-budget campaigns aren’t the only strategies that benefit from contactless payments. Online payment systems like PayPal and Apple Pay make the act of donating a seamless experience. At the mere press of a button, apps like ShareTheMeal (by the World Food Programme) make it possible to feed a hungry child on the other side of the world.

Put the controversy surrounding social media aside for a moment; it’s important to acknowledge the positive effects brought about by instant messaging, status updates, and viral videos. Communication between individuals and groups of people is at an all-time high, bringing with it an unprecedented need for honesty, integrity, and transparency.

Charity organisations are in an optimal position to portray themselves as icons of goodwill. However, social media is arguably the most challenging aspect of fundraising. It is a minefield of opposing opinions, echo chambers, and misinformation campaigns. In order to navigate such a confusing landscape, social media campaigns require extensive resources to be effective.

Through a combination of interactivity and engaging content, social media can be a powerful tool in the right hands. A campaign called Earth Hour, by the World Wide Fund for Nature, is practically a case study for the efficacy of social media campaigns. In 2020 alone, the campaign generated more than 4.7 billion global social media impressions.

From 360° video tours to artistic representations of the chaos of war, virtual reality (VR) provides a visceral, interactive experience like no other. Purely in terms of engagement, no other tech can come close to VR, which is perhaps the reason why VR headsets have had so much success as a mass-market consumer product in recent years.

From an educational standpoint, VR can simulate multiple life-threatening situations. For example, the Lifesaver mobile app educates users on procedures related to cardiac arrests, such as CPR and standard emergency protocols. The UK National Autistic Society uses VR to simulate the severe effects of autism, allowing users to gain insight into the challenges faced by autistic individuals.

No matter which way you look at it, VR is more than just a novelty tech. All things considered, it’s a relatively ‘young’ field of technology; with so many avenues for development, it’s near impossible to predict what the future of VR tech may hold.