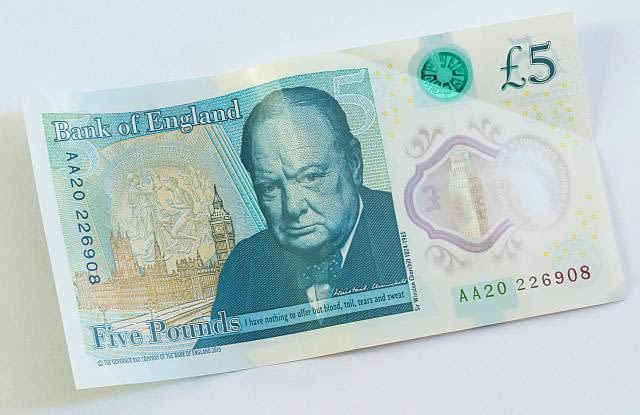 The Bank of England announced it will continue to use chemicals derived from animal products in the polymer bank notes today.

In a statement, the bank said ‘after careful and serious consideration’ and extensive public consultation there will be no change to the composition of future bank notes.

“The Bank fully recognises the concerns raised by members of the public, both prior to and during the consultation, and has not taken this decision lightly,” it said.

After facing backlash from vegans, Hindus and Sikhs at the use of animal products in the new plastic £5 note when it went into circulation last year the Bank launched a public consultation.

It received responses from 3,554 people. Of those who expressed a preference, 88 per cent were against the use of animal-derived products and 48% objected to the use of palm oil-derived additives.

The bank said ‘value for money’ was also a consideration in the its decision and that switching to a new product would cost £16.5 million over the next ten years.

The Bank consulted with HM Treasury, as the ultimate bearer of this additional cost is the taxpayer HM Treasury. They advised that they do not believe switching to palm oil derivatives would achieve value for money for taxpayers, the bank said.

“The Bank has had to balance these responses against its other public duties and priorities as well as the other evidence gathered over the past months,” a spokesman said.

“The use of palm oil raises questions about environmental sustainability and the Bank’s suppliers have been unable to commit to sourcing the highest level of sustainable palm oil at this time.